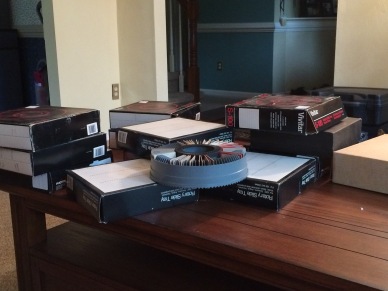 It arrived about a week ago.  A box, from my father in Massachusetts, full of rotary slide trays.  Weighing in at about 20 lbs with all the packing and trays.  More importantly, for me, the trays yielded over 1,200 slides covering family subjects from the mid 1950’s through the mid 1990’s. As the unofficial family historian and keeper of the family tree, I was almost giddy at the thought of sorting all of this out.

With my scanner skills honed from watching some YouTube “how to” videos on my particular scanner and fresh batteries in my handheld slide viewer I started tackling the first set of 100 slides.  I was thrilled in my initial finds that included photos of my Mom as a teenager in Central Park, my father on his Navy commissioning day from the mid 1950’s and photos of myself and my five siblings in 1960’s and 1970’s.  Photos emerged of my parents’ wedding that I have no memory of seeing before.  They included photos of relatives long since passed.  My maternal grandfather, who died before I was born in 1960, was there standing with my grandmother and my mother on her wedding day.  Photos emerged of the old neighborhood in Brooklyn where I lived until the end of 7th grade in 1973 and the houses in Pennsylvania that became home through my college days. . 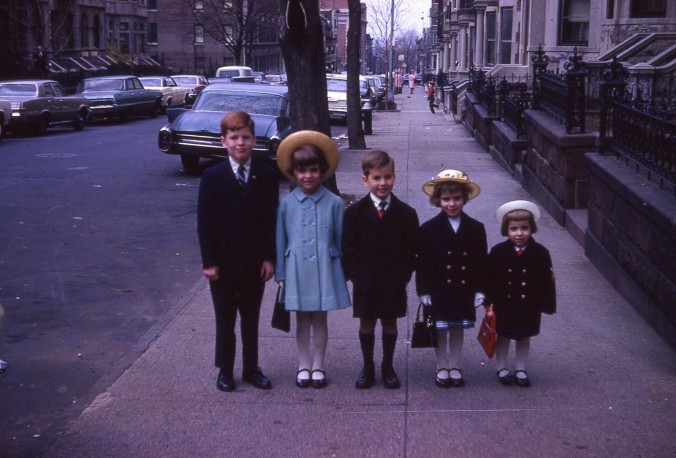 That’s me in the middle.

Because of a series of traumatic events in 1973/1974 I thought I had lost a lot of memories from my childhood.  I will not go into those events, that is stuff for another blog (and was, in fact, the subject of another blog). Memories flooded back, pouring out of the trays scattered around my home office.

I am trying to limit myself to about 90 minutes of scanning a night.  It takes a while to get things setup and working through the process of getting many of the slides clear of dust and dirt and then previewing and scanning in the files.  It is great fun.  While it may be daunting to some, this is a labor of love for me. I am not at an age where I recover from staying up to the wee small hours of the night looking for my Uncle Ed  and expect to be ready to go for work the next day. So for now, I am setting a timer on my phone.  When it goes off, so does the scanner.

Ultimately, many of the slides will have to go through Photoshop to correct cropping and fix blemishes.  Then it will be on to a website accessible by family where I hope I can tag and catalog the collection for everyone else to enjoy and download.  I am grateful these photos were not lost. I am also grateful for the discovery that many memories were also not lost, they just needed  a nudge.  This has been one of the most cathartic projects I have ever undertaken. 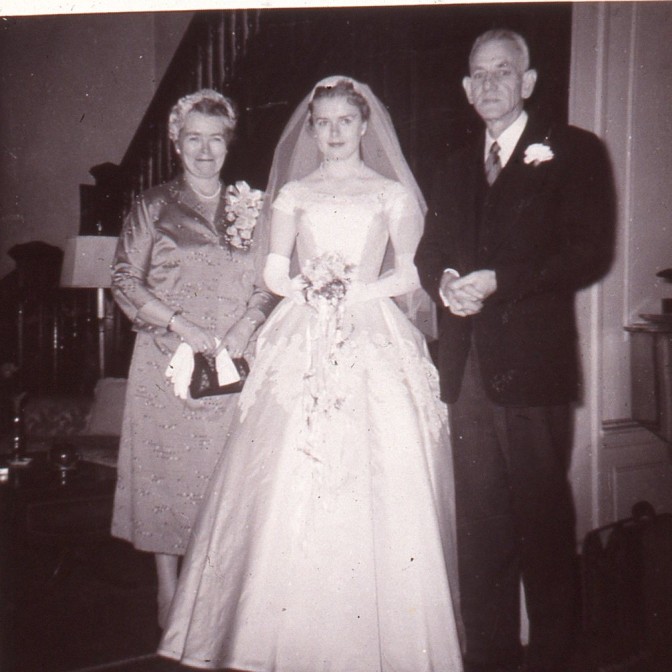 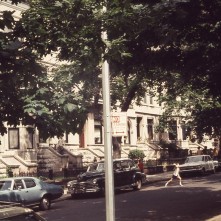 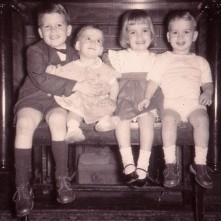 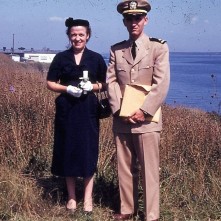 3 thoughts on “Sliding through time”