This is an update to my post from yesterday.  At about 12:11 am, just after the New Year’s kisses and hugs were wrapping up, the phone pinged.  The “Man Cave Formal, 2017” arrived.  Because he posted it on FaceBook, I have no issues with putting it here as my first post of the year 2017.  Besides, no one reads this anyway!

From a secret, undisclosed location near the border between New York and Connecticut, my brother, James, in Man Cave Formal , 2017… 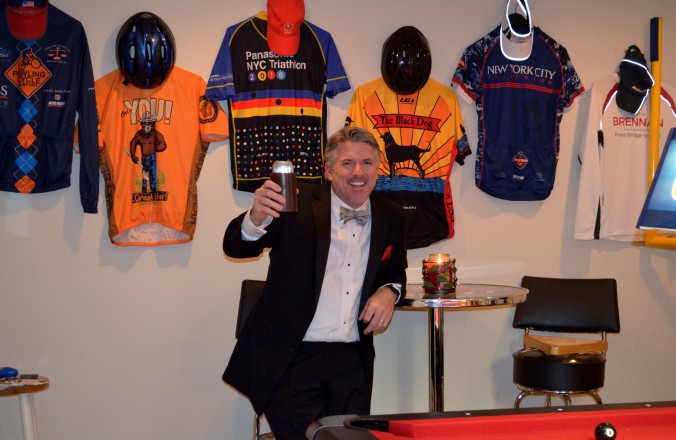